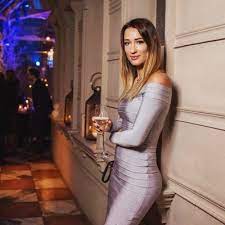 Russian tennis player Yana Sizikova has been arrested on match-fixing charges at the French Open.

Paris prosecutors told the Associated Press that an international tennis player was arrested Thursday on charges of “sports bribery and organized fraud” for acts suspected to have occurred last September.

Sizikova denies the charges and intends to sue for defamation. She was “extremely shocked,” according to Belot.

“She was placed in custody like a criminal,” Belot said. “She says she is innocent and did not want me to assist her during her questioning because she considers herself like a victim.”

The charges appear related to a doubles match from last year’s French Open that was delayed to September because of the COVID-19 pandemic. French prosecutors announced last October that they had opened an investigation. A source familiar with the investigation told AFP last year that a series of “abnormally large bets” amounting to “tens of thousands of euros” raised flags for authorities.

Sizikova served that game, double faulting twice. She was broken to love, and the Romanians went on to a 7-6, 6-4 win.

Sizikova was back in Paris this week to compete at the French Open. She’s ranked No. 765 in the world and 101st in doubles. Sizikova and partner Ekaterina Alexandrova lost their first-round match to Australia’s Storm Sanders and Ajla Tomljanović on Thursday. Le Parisien reports that authorities searched Sizikova’s hotel room after the match.

French prosecutors said on Tuesday they had begun an investigation into suspected match-fixing at the French Open, reportedly involving a women’s doubles match.

“It’s a first-round match featuring players that are not well-known,” a source within France’s National Gaming Authority (ANJ) told AFP on condition of anonymity, without specifying which match was targeted.

French sports daily L’Equipe and German newspaper Die Welt reported that the match in question was the first-round encounter on September 30 between Romanian pair Andreea Mitu and Patricia Maria Tig and opponents Yana Sizikova of Russia playing with US player Madison Brengle.

Suspicion surrounds the fifth game of the second set which the Romanian duo won by love after Sizikova served two double faults.

Director general of French tennis Jean-François Vilotte would not confirm which match was under investigation but was upbeat about the ongoing procedures.

“It means that these warning systems are working. It’s good that everyone is doing their part in the exchange of information.

“You have to be vigilant, process the information, monitor and cooperate. That’s what is at work there. So we can only congratulate ourselves that these international cooperation mechanisms are working,” he said Tuesday.

“In this case, we had an observer at the match. He is in the process of sharing information with the investigation services.”

Prosecutors said they were probing alleged “fraud in an organised group” and “active and passive corruption in sport”.