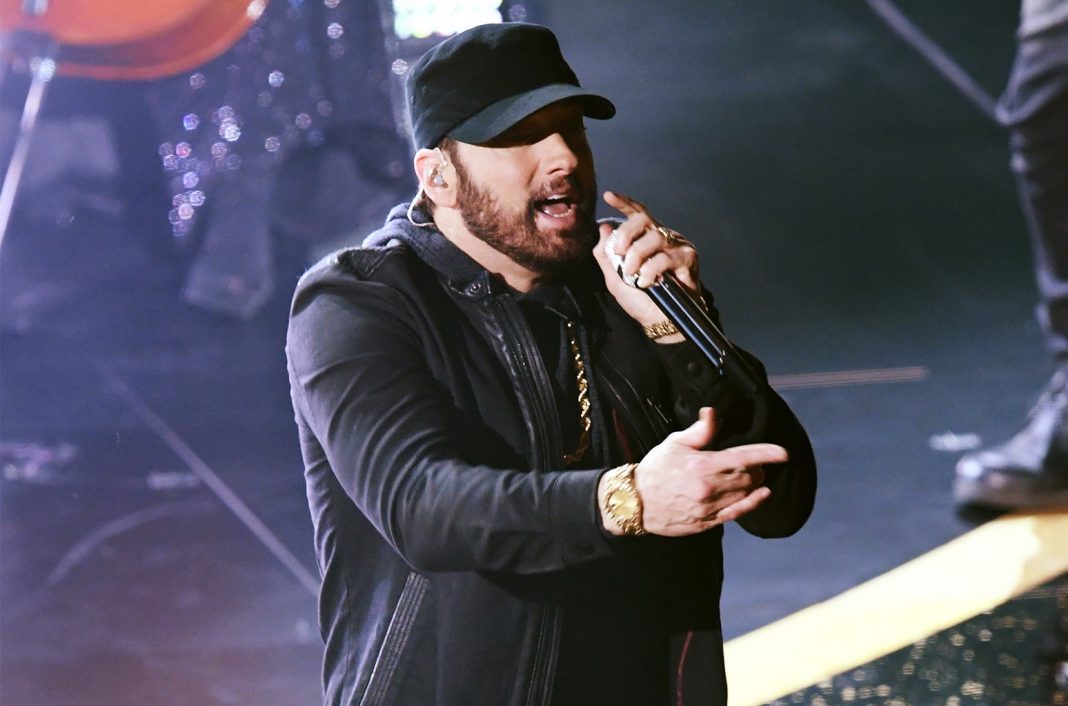 Eminem is pushing back against those who want him canceled.

On Friday (March 6), the 48-year-old Detroit MC fired back at his critics with an animated lyric video for the song “Tone Deaf” — from his 2020 album, Music to Be Murdered By – Side B — in which he doubles down on his controversial persona over the decades.

“I won’t stop even when my hair turns gray (I’m tone deaf)/ ‘Cause they won’t stop until they cancel me,” Em tweeted when dropping the video, referencing a line from the track.

In recent weeks, a campaign on TikTok.

A campaign has called for the cancellation of the Grammy- and Oscar-winning rapper over his 2010 hit “Love the Way You Lie” with Rihanna. Users argued that lyrics from the song glorify domestic abuse, with lines like “If she ever tries to f—ing leave again, I’m a tie her to the bed and set this house on fire.”

In his “Tone Deaf” video, Slim Shady takes viewers on a wild Grand Theft Auto-style ride through his rocky past and refusal to water down his lyrics. “Does Bill Cosby sedate once he treats the cheesecake and a decent steak?” he raps. “You think gettin’ rid of me’s a piece of cake? I’m harder than findin’ Harvey Weinstein a date.”

Earlier this year, Eminem apologized to Rihanna on the song “Zeus” — from Music to Be Murdered By – Side B, the companion album to 2020’s Music to Be Murdered By — over a leaked decade-old diss. “And wholeheartedly, apologies, Rihanna/ For that song that leaked, I’m sorry, Ri/ It wasn’t meant to cause you grief,” he raps on “Zeus.”

The apology was in response to a controversial verse about Chris Brown‘s 2009 assault on his then-girlfriend. The snippet of the song “Things Get Worse” featured the lyric “I’m not playing, Rihanna, where’d you get the VD at?/ Let me add my two cents/ Of course I side with Chris Brown/ I’d beat a bi— down too/ If she gave my d— an itch now.”